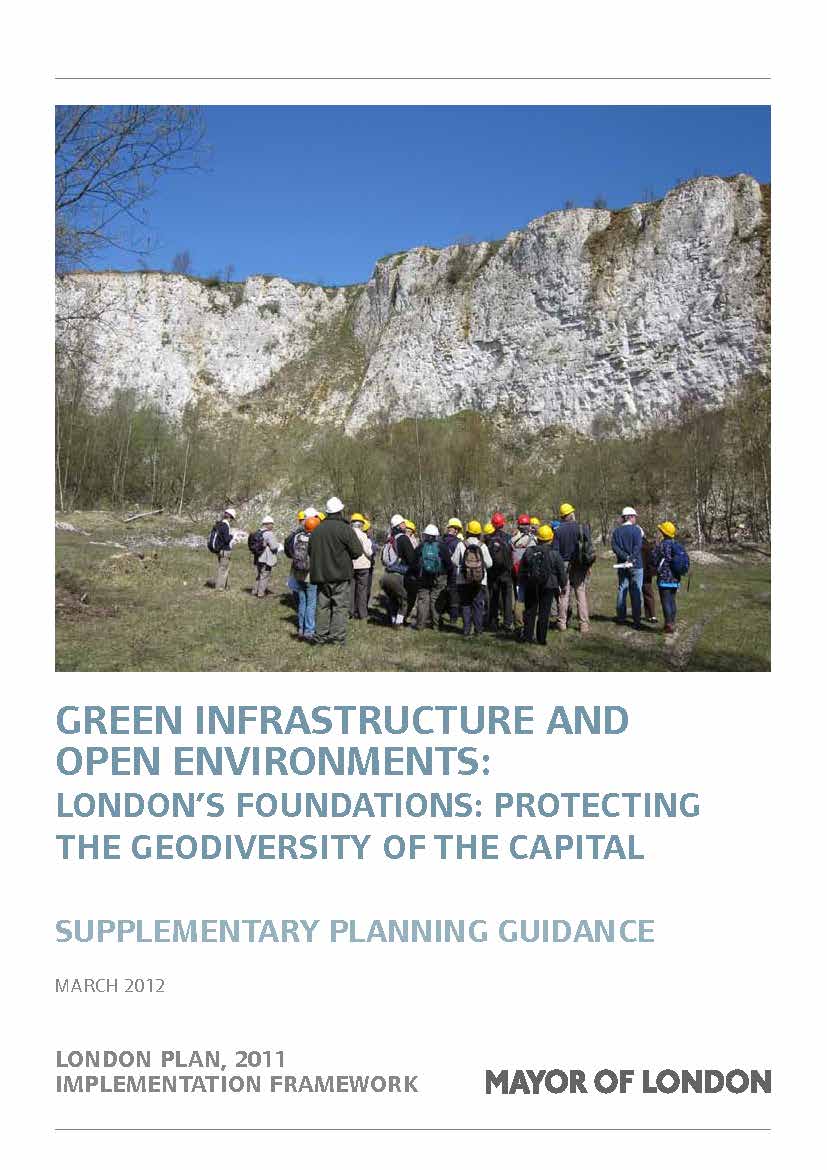 In 2009 the Partnership, working with the GLA, published ‘London’s Foundations’`, a London Plan Implementation Report, which seeks to provide a framework for the conservation, enhancement and promotion of the capital’s geodiversity. It recommends that fourteen Regionally Important Geological Sites (RIGS) are set up across the capital.

In 2012, London’s Foundations was significantly revised and updated to reflect:

• The publication of the 2011 London Plan;
• The emerging advice of the Government in its National Planning Policy Framework;
• The ongoing work of the London Geodiversity Partnership (LGP) in updating the number of sites that should be promoted/protected by boroughs via their development plan documents;
• The publication by the LGP of their Geodiversity Action Plan.

More information is available from the Mayor of London’s website here.

The latest version, as well as the historical version, can also be downloaded from the links below: